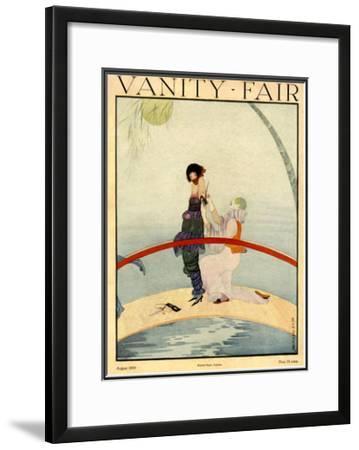 https://www.allposters.com/-sp/Vanity-Fair-Cover-August-1919-Posters_i8730819_.htm
HOME
//ART
//ARTISTS
//S
//RITA SENGER
1 of 3
About the Product
Shipping and Returns
Published August 1, 1919Artist Rita Senger created an Asian backdrop against which a costumed Harlequin unties a captive woman from a bridge; the perpetrator of the crime flees the scene on the left, leaving his mask and dagger behind. The illustration appeared on the August 1919 cover of Vanity Fair magazine.
8730819Item #8730819
Recently Viewed