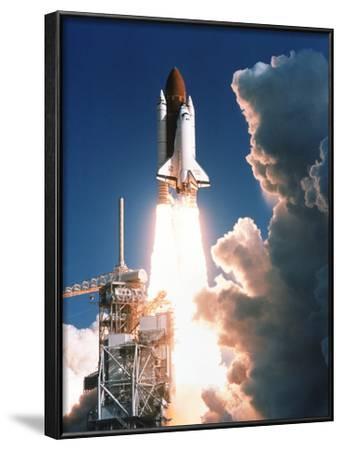 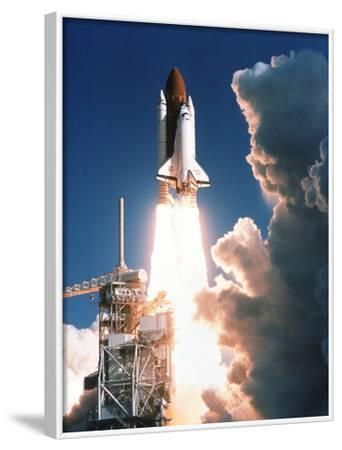 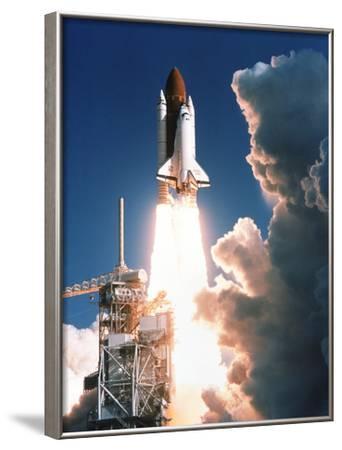 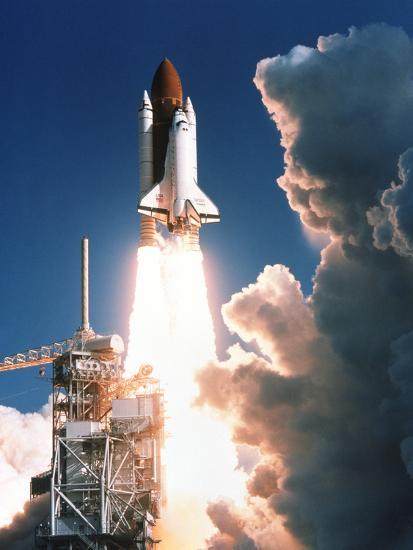 Launch of Shuttle Mission STS42. Shuttle Discovery leaves two vast plumes of smoke as it climbs away from Kennedy Space Center at the beginning of Mission STS42. The slightly brownish smoke comes from the two Solid Rocket Boosters (SRBs) that help propel the Shuttle in the first two minutes of the flight. STS42 was launched on 22 January 1992, carrying the first International Microgravity Laboratory (IML1) in its cargo bay. The crew of seven spent eight days in space, returning on 30 January 1992. 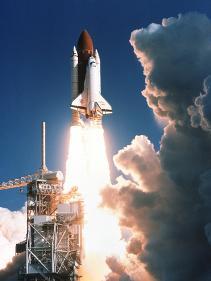