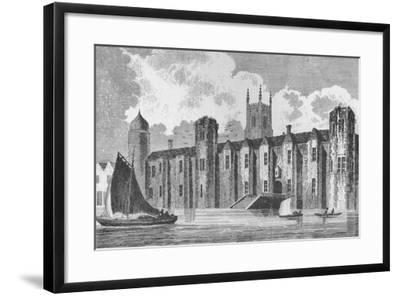 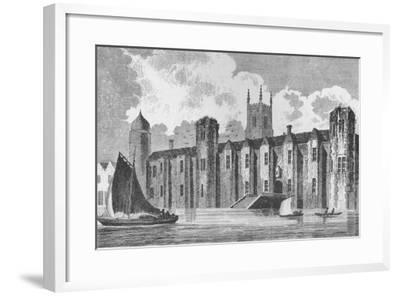 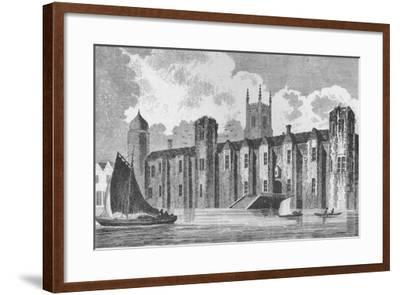 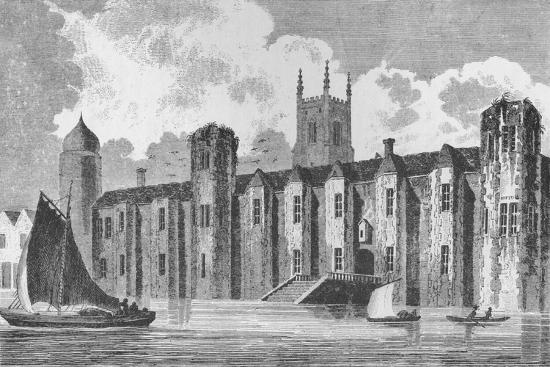 South front of Baynard's Castle, London, in about 1640, 1790 (1904). Baynard?s Castle refers to a number of buildings situated on the Thames. The former house was reconstructed as a royal palace by Henry VII at the end of the 15th century. Henry VIII gave it to Catherine of Aragon on the eve of their wedding. Baynard's Castle was left in ruins after the Great Fire of London in 1666, although fragments survived into the 19th century. From London in the Time of Tudors, by Sir Walter Besant. [Adam & Charles Black, London, 1904] 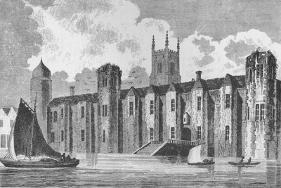 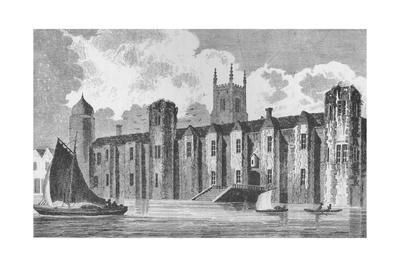