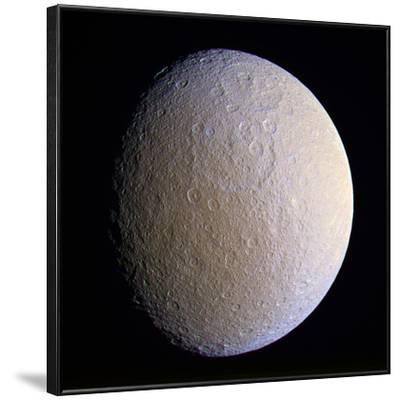 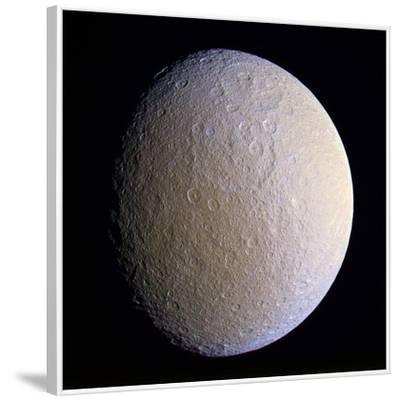 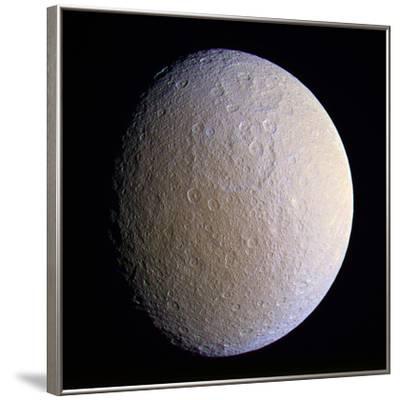 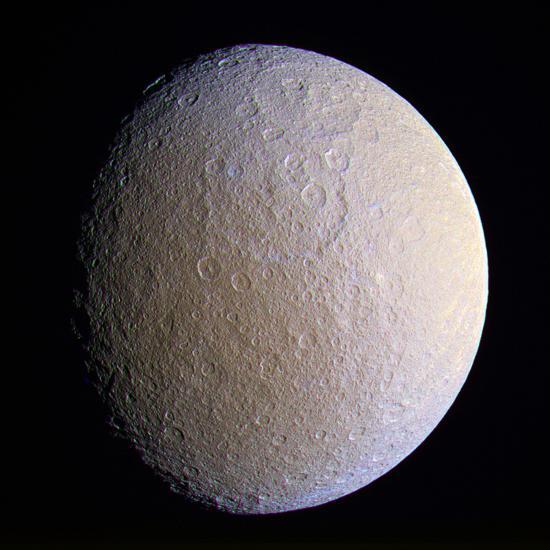 Saturn's moon Rhea, Cassini image. Rhea is the second largest moon of Saturn, with a diameter of around 1530 kilometres. It orbits just over 527,000 kilometres from the giant planet. It is composed mainly of water ice with a denser rocky core. Its surface is heavily cratered, indicating that the moon has not seen geological activity (which would erase the craters) for a great length of time. The images was taken on 23rd December 2005 when Cassini was 341,000 kilometres from Rhea. 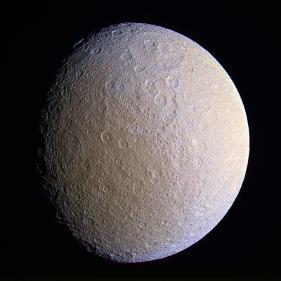