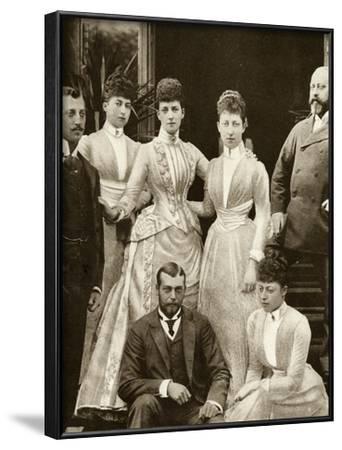 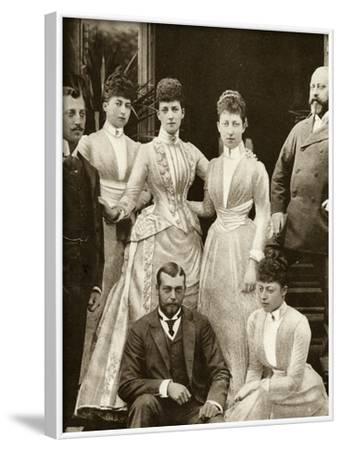 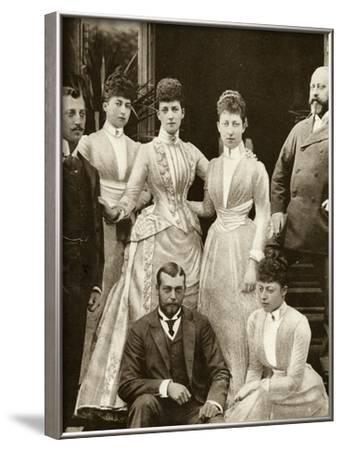 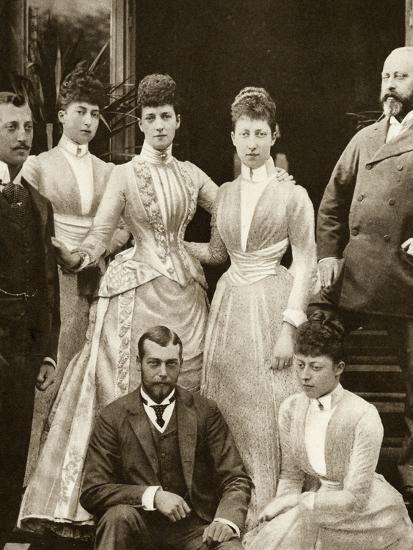 Prince Edward (later Edward VII) and Alexandra of Denmark with their five children in a group photo, in 1891. From Left to right: Prince Albert Victor, Duke of Clarence and Avondale, eldest son, Princess Maud, later Queen of Norway by marriage to King Haakon, Alexandra of Denmark, later Queen Alexandra, Princess of Wales, Princess Louise, Princess Royal and Duchess of Fife, the Prince of Wales, later Edward VII, Prince George later George V and Princess Victoria, who remained single. On 14 January 1892, the family circle was broken by the death of Albert, Duke of Clarence of influenza, complicated with pneumonia, eldest son of Prince of Wales later King Edward VII, and Alexandra of Denmark, Prince George succeeded his brother as second in direct line of succession to the throne. 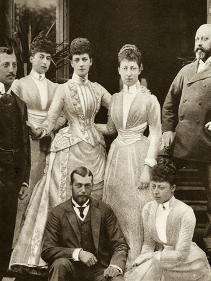