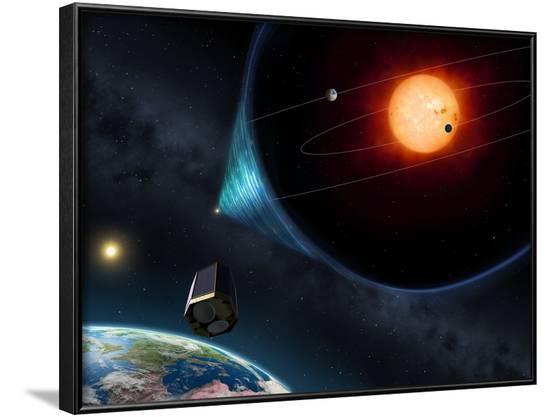 Computer artwork of the proposed European Space Agency (ESA) mission called PLATO. PLATO will be a wide-field mission comprised of lots of small telescopes on a single platform, and its jobs is to find all, or very nearly, of the transiting exoplanets around the sky's brightest stars. It differs from the successful US mission Kepler, which scans a relatively small patch of sky. Kepler has found hundreds of new candidate planets, but because they are mostly orbiting faint stars there is very often little scope for follow-up observations. Because PLATO will only scan bright stars, follow-up observations can be made on candidate stars to confirm suspected findings and also, in some cases, to carry out additional research where the planets are confirmed.Mark Garlick/Science Photo Library 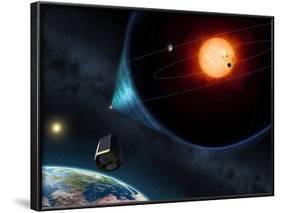