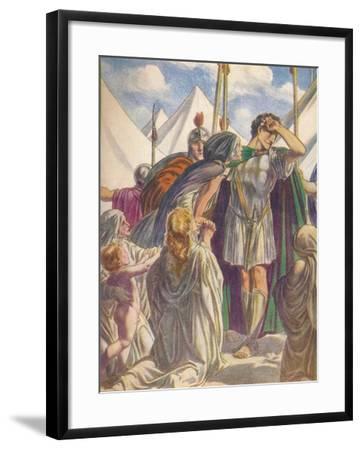 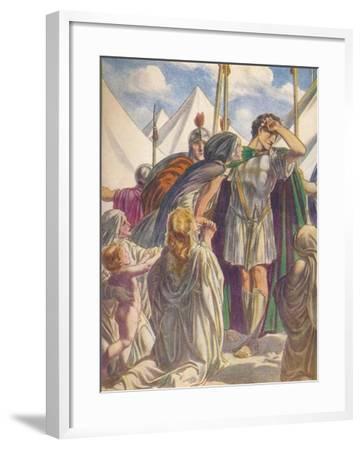 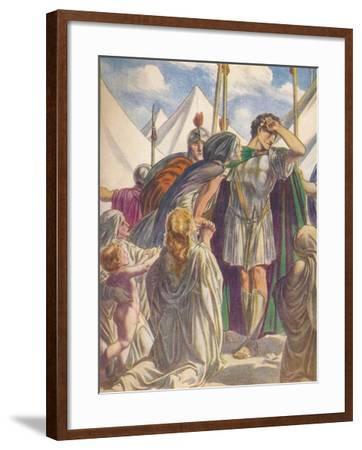 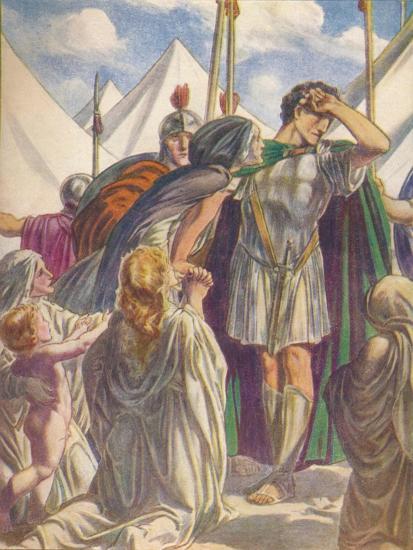 'O my mother, thou hast saved Rome, but thou hast lost thy son', c1912 (1912). Veturia was a Roman matron and mother of the Roman general Gaius Marcius Coriolanus. Coriolanus was expelled from Rome in the 5th century BC for demanding the abolition of the office of Tribune of the Plebeians in return for distributing state grain to the starving plebeians. Coriolanus and the Volsci marched upon Rome and laid siege to the city. Veturia visited her son's camp on behalf of all the Roman citizens and convinced Coriolanus to cease his campaign against Rome. The Romans honoured Veturia for her courage and she became a model of Roman female virtue. From The Story of Rome, by Mary MacGregor. [Thomas Nelson and Sons Ltd., 1912] 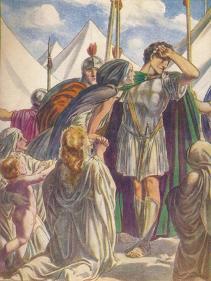 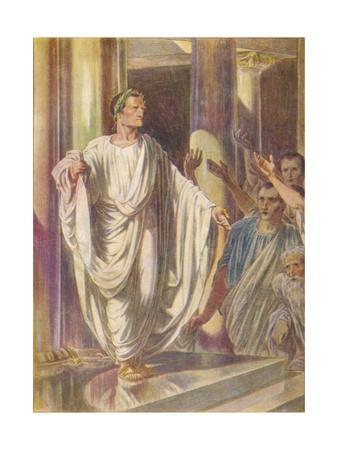 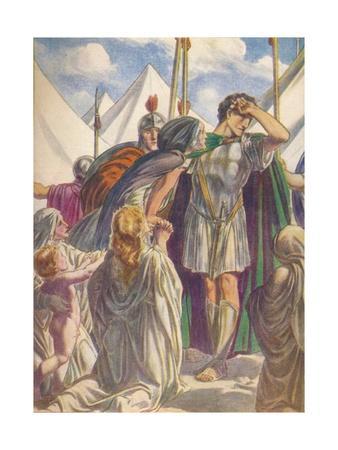 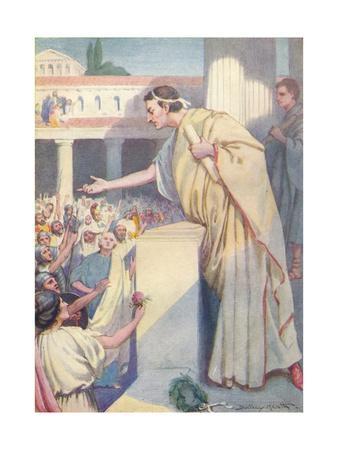 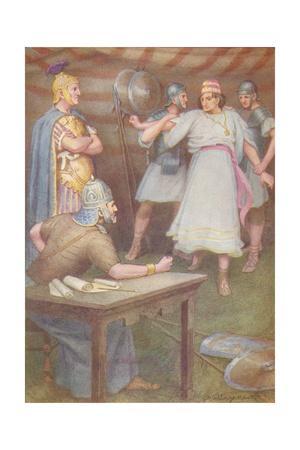 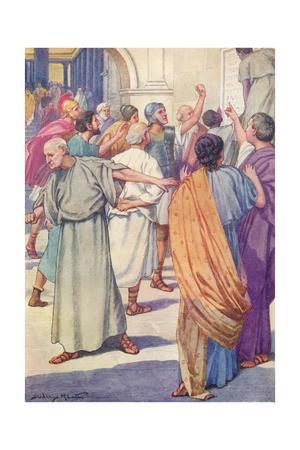 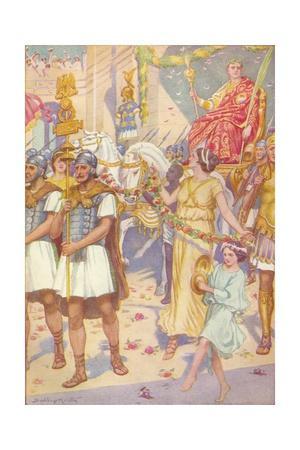 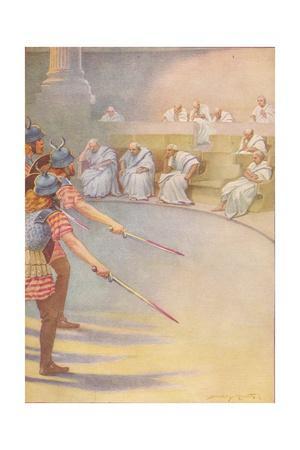 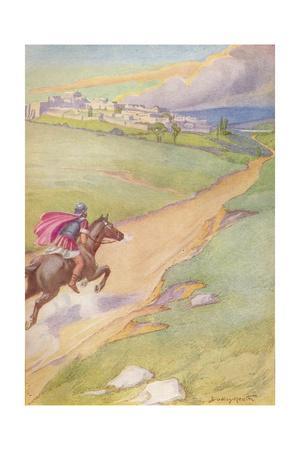 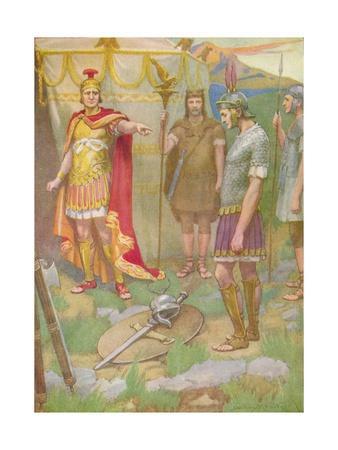 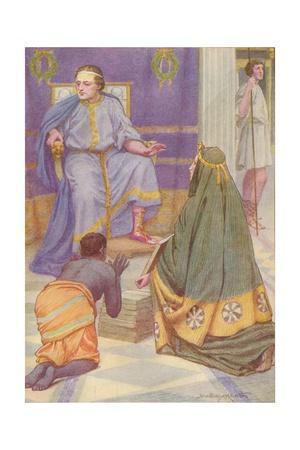