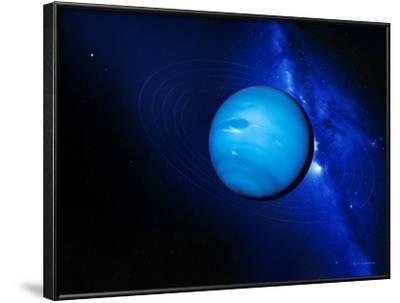 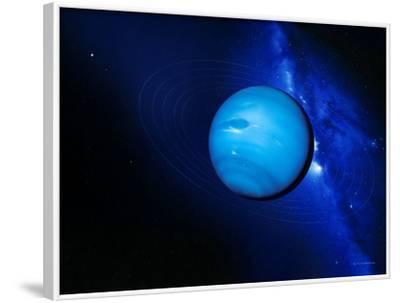 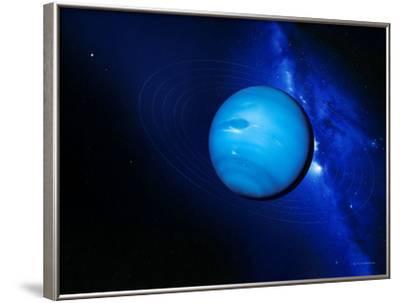 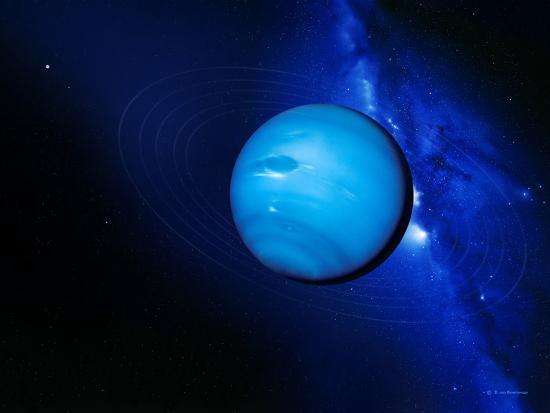 Neptune. Artwork of the planet Neptune seen from space. Neptune is the eighth planet from the Sun. It has a diameter of slightly less than four times that of Earth and a volume of nearly 60 Earths. It is a gas giant with an atmosphere of mostly hydrogen and helium, but much of the planet is solid ice below the atmosphere and a rocky core is thought to be about the mass of the Earth. It has a faint ring system. The blue colour is due to the absorption of red light by atmospheric methane. It has the fastest winds in the solar system and the temperature is well below freezing. The Milky Way is seen in the background. 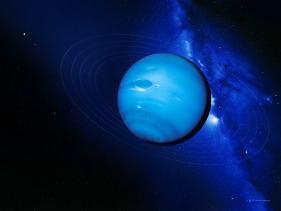 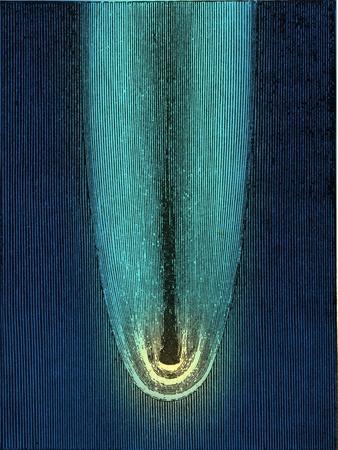 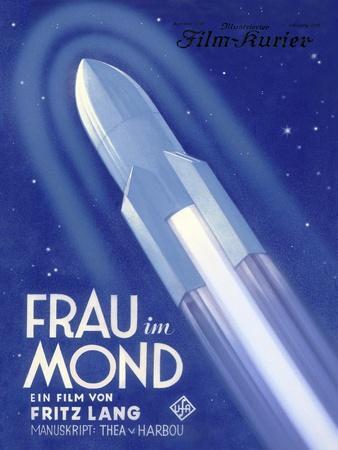 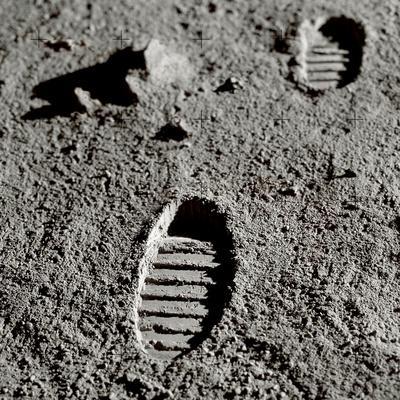 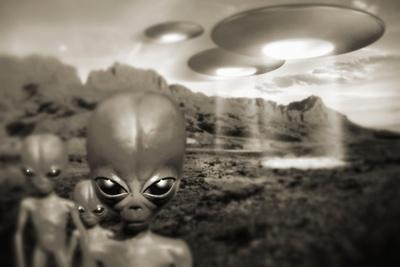 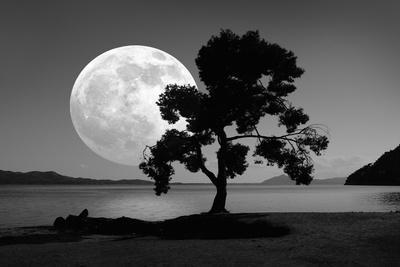 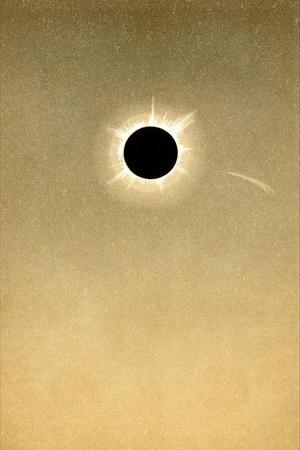 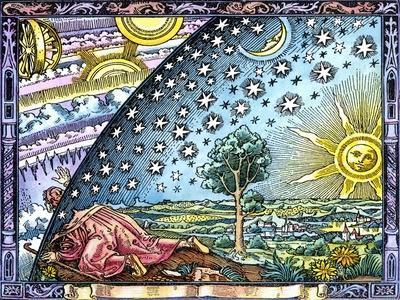 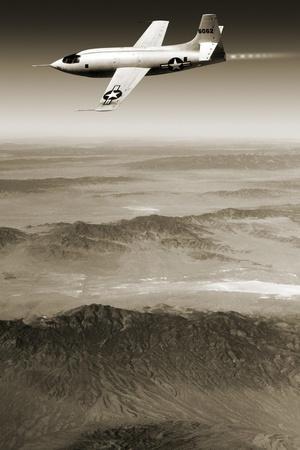