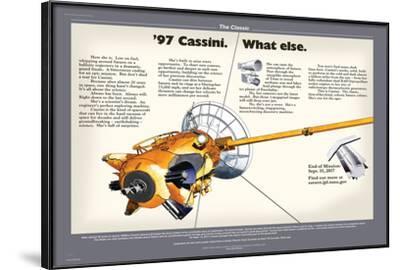 Your Essential Black$90.99
(Will replace print) 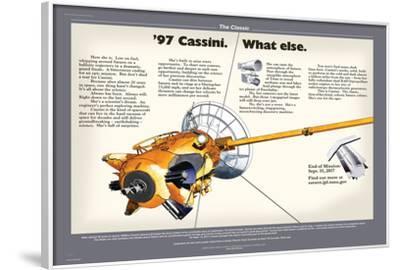 Your Essential White$90.99
(Will replace print) 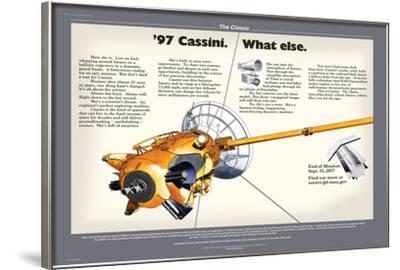 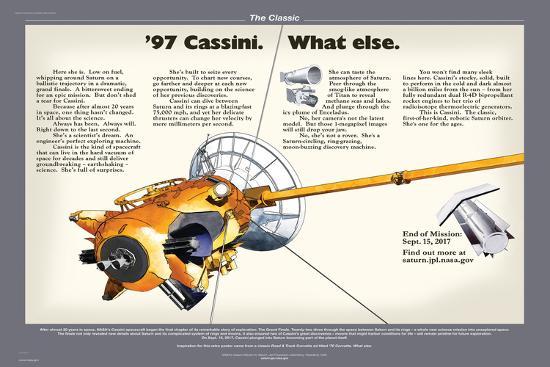 This is one in a series of whimsical retro posters designed to celebrate Cassinis Grand Finale after almost 20 years in space. After almost 20 years in space, NASAs Cassini spacecraft began the final chapter of its remarkable story of exploration: The Grand Finale. Twentytwo dives through the space between Saturn and its rings a whole new science mission into unexplored space. The finale not only revealed new details about Saturn and its complicated system of rings and moons, it also ensured two of Cassinis great discoveries moons that might harbor conditions for life will remain pristine for future exploration. On Sept. 15, 2017, Cassini plunged into Saturn becoming part of the planet itself. Credit: NASAJet Propulsion LaboratoryCaltech 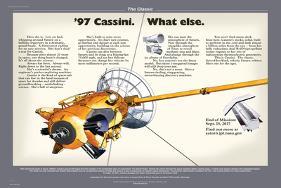