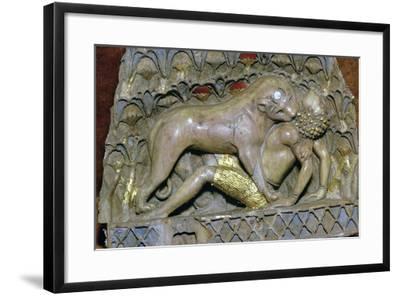 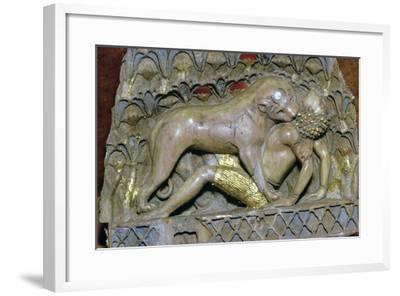 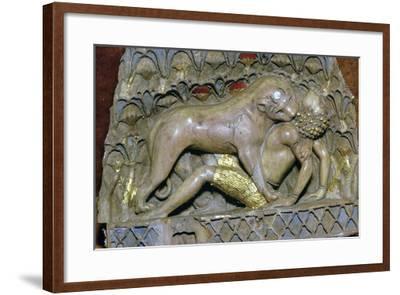 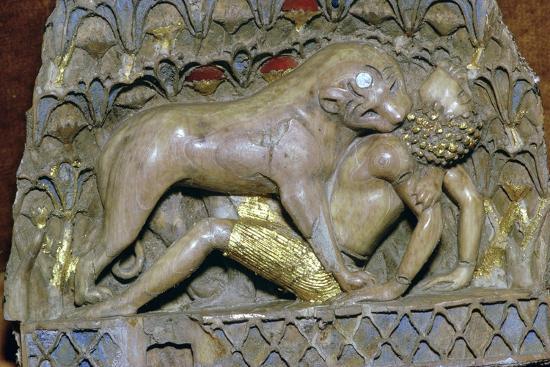 Inlaid ivory panel of a lioness devouring a boy, palace of Ashurnasirpal II, Nimrud, northern Iraq, Phoenician, 9th-8th century BC. This carved ivory panel is one of an almost identical pair with one now in the Iraq Museum, Baghdad. They possibly originally formed part of a throne. The carving shows an African boy with jewelled armlets and bracelets being attacked by a lioness. Above them are lilles and papyrus. From the British Museum's collection. 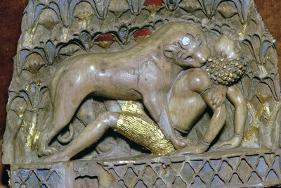 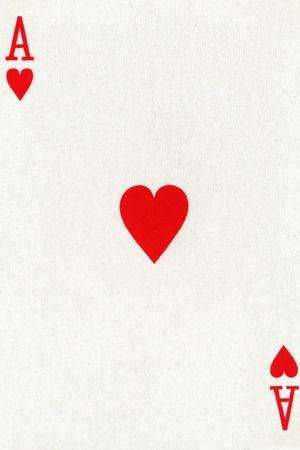 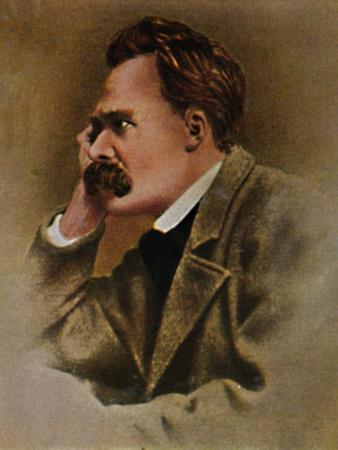 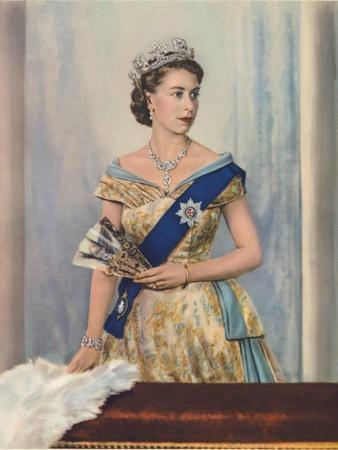 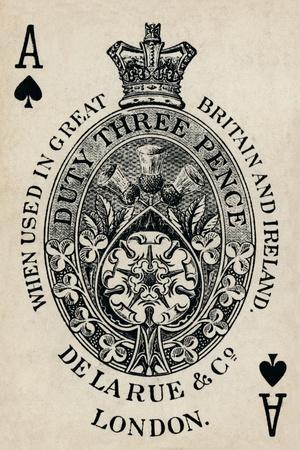 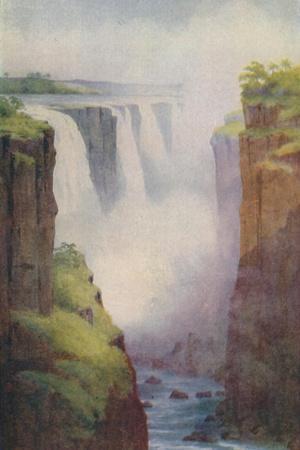 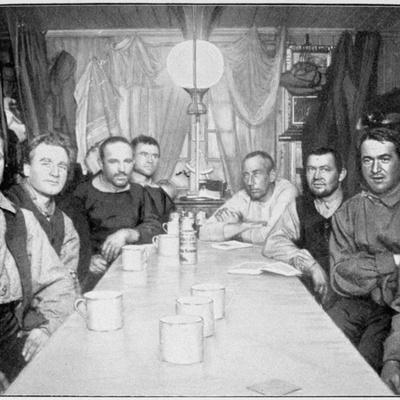 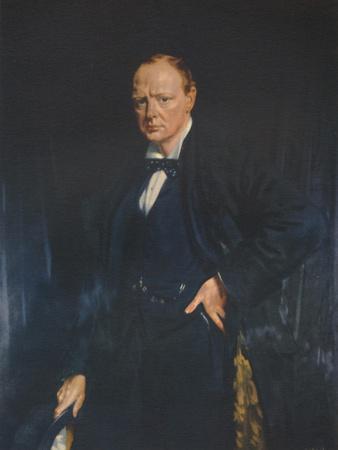 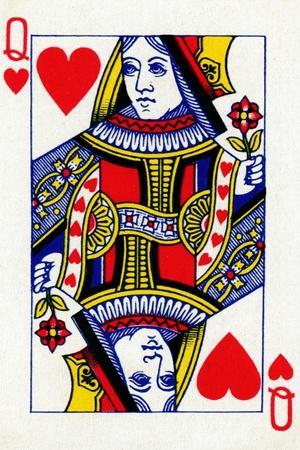 Queen of Hearts from a deck of Goodall & Son Ltd. playing cards, c1940 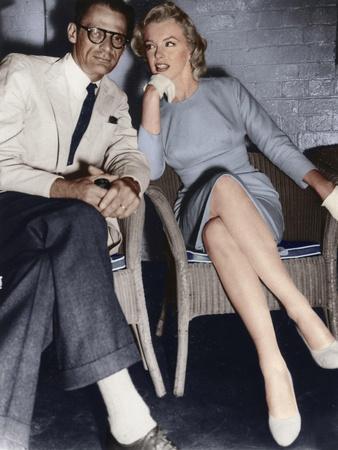