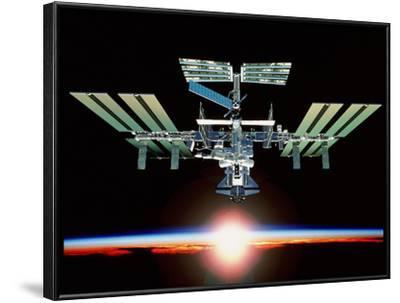 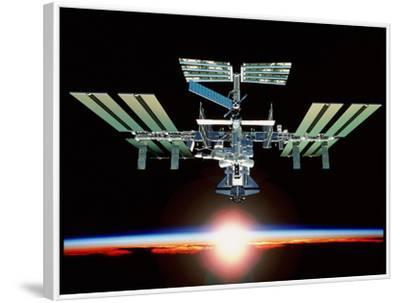 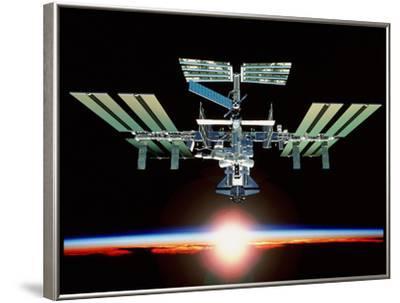 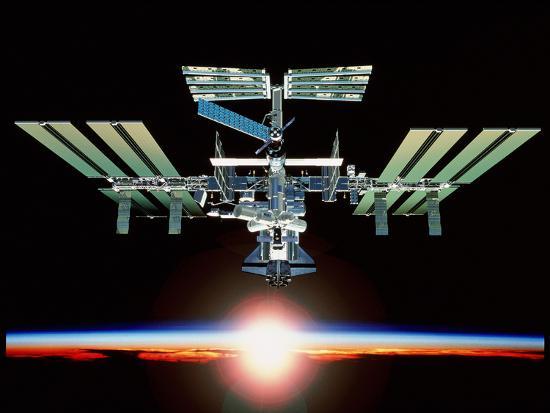 International Space Station (ISS). Computer compo site artwork of the orbiting ISS during sunrise. A space shuttle (centre) is docked to it. The ISS will be powered by about 4000 square metres of so lar power panels (brown). The mass of the ISS will be about 450,000 kilogrammes. The inhabitable, pressurised modules (towards centre) will have a total volume roughly equal to the space inside 2 airliners. The 6 crew members will perform experi ments such as studies of the effects of near weightless (microgravity) conditions on materials & biological tissues. The space shuttle may supply the ISS with new crew members, provisions & equipment. The ISS is due to be completed in 2003. 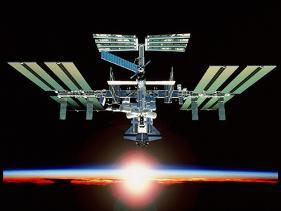