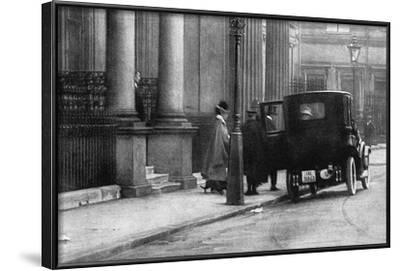 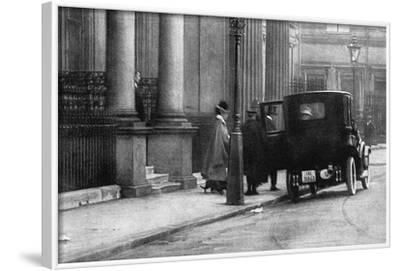 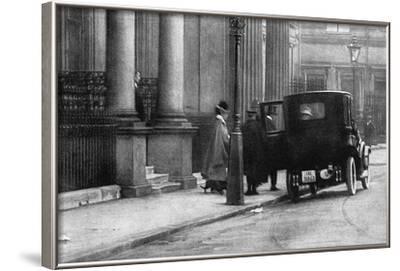 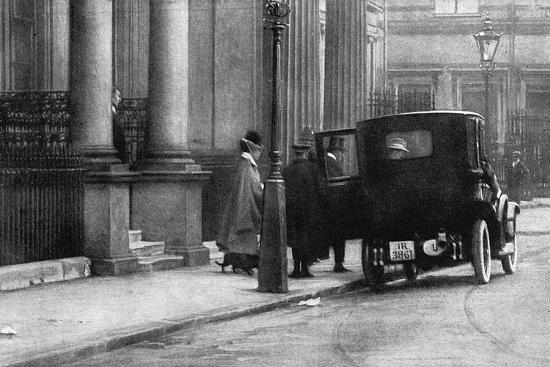 Following Britains declaration of war on Germany, the German Ambassador to London, Karl Max, Prince Lichnowsky leaves the Embassy. He is glimpsed here in the back of the car,with Princess Lichnowsky with her pet dog about to join him. Despite the state of war, a special train was provided for them and a guard of honour mounted in Harwich. During the July Crisis Lichnowsky had objected to the German governments apparent efforts to provoke war, and sought to encourage a diplomatic solution to the crisis. In 1916 he published a pamphlet accusing his superiors of failing to support his efforts to avert war. 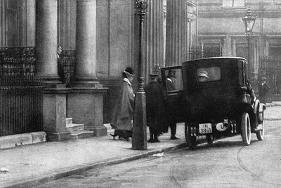