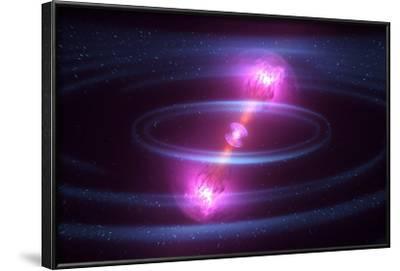 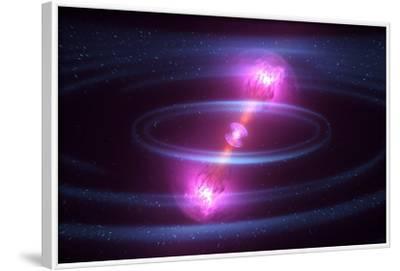 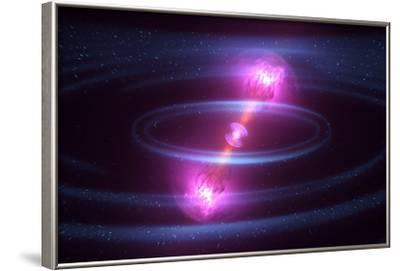 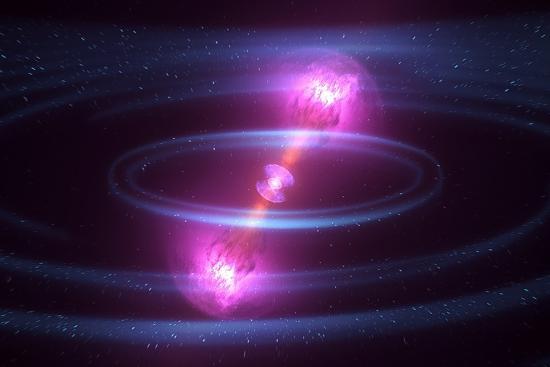 Illustration of a gamma ray burst (magenta) from two colliding neutron stars (centre). Gravitational waves (blue) are also seen emanating from the centre. The aftermath of such a collision, known as a kilonova, was witnessed for the first time in galaxy NGC 4993 on the 17th August 2017. Kilonova are thought to be the origin for all elements heavier than iron in the universe. The merger also produced gravitational waves and gamma rays, both of which were detected by LIGO-Virgo and Fermi/INTEGRAL detectors respectively. Galaxy NGC 4993 is about 130 million light-years from Earth in the constellation Hydra.Nasa'S Goddard Space Flight Center/Ci Lab/Science Photo Library 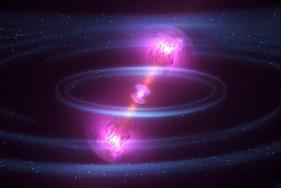