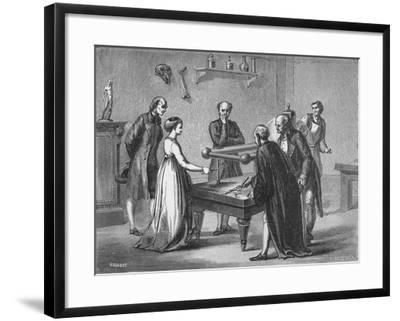 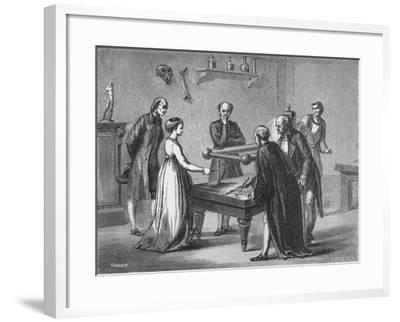 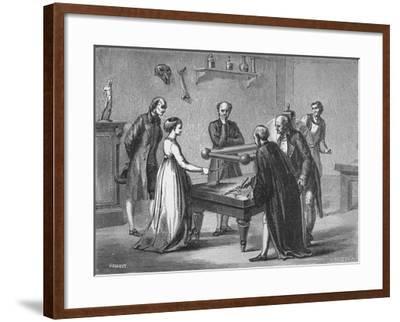 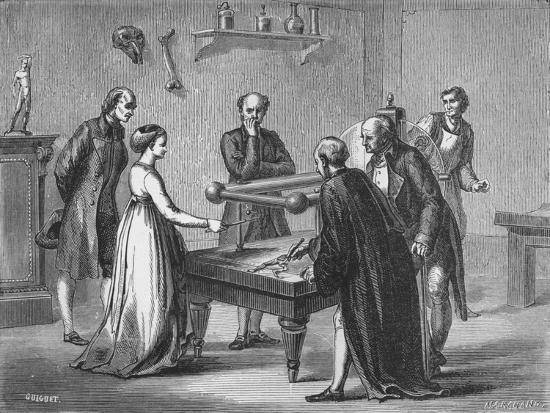 Galvani's discovery, 1780 (1894). Italian physiologist Luigi Galvani experimenting on frogs. A professor working in Bologna, Galvani (1737-1798) performed experiments to investigate the behaviour of muscles stimulated by electricity. Whilst investigating the effects of electrostatic stimuli applied to the muscles of frogs, Galvani discovered he could make a muscle twitch by touching the nerve with metal (a pair of scissors for example) without a source of electrostatic charge. He called this phenomenon 'animal electricity'. The term 'galvanise' - to shock or excite into action, takes its name from him. From A Popular History of Science, by Robert Routledge, BSc (Lond.), F.C.S. [George Routledge & Sons, Limited., London, 1894] 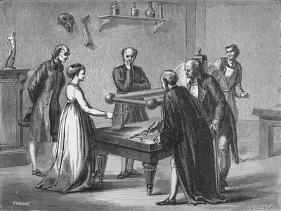 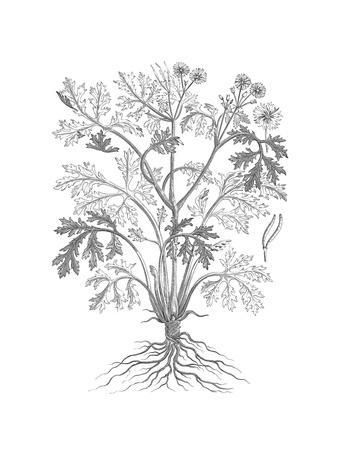 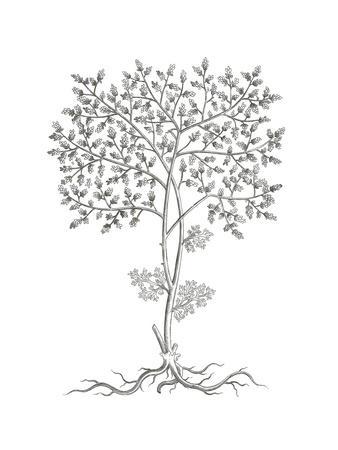 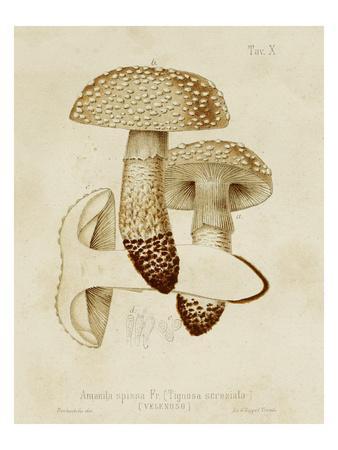 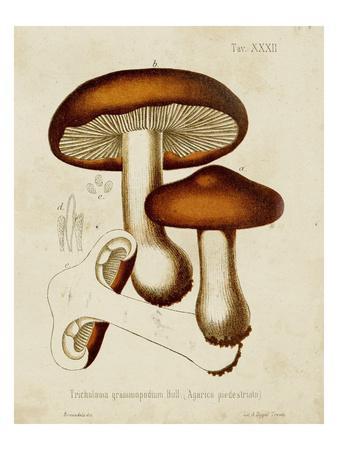 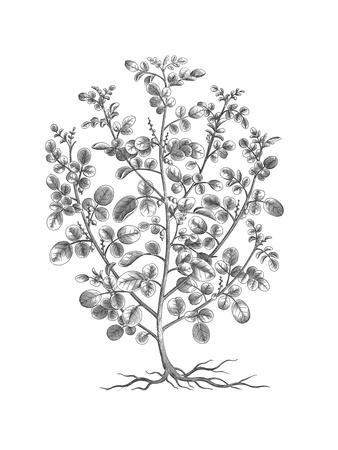 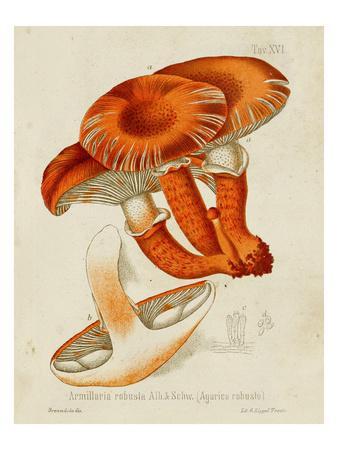 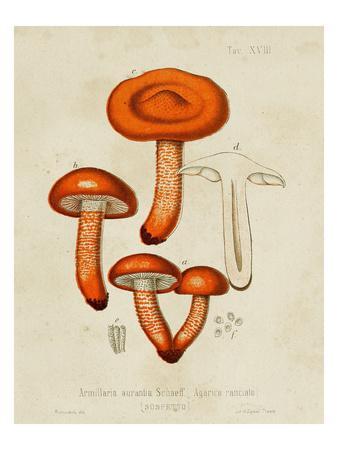 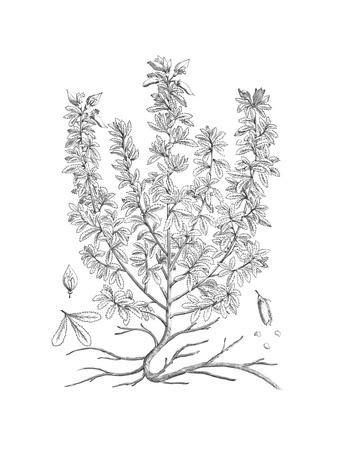 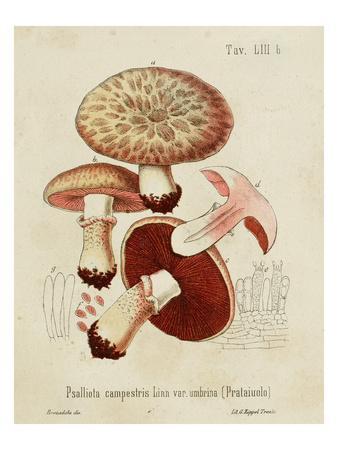 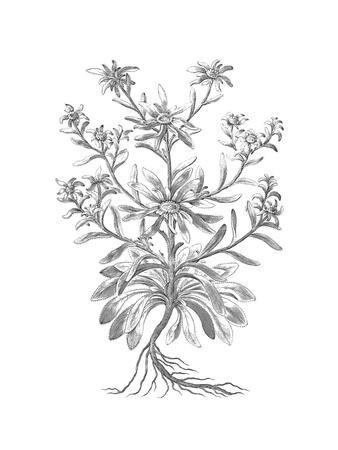