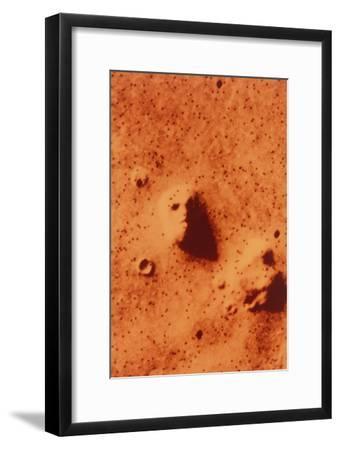 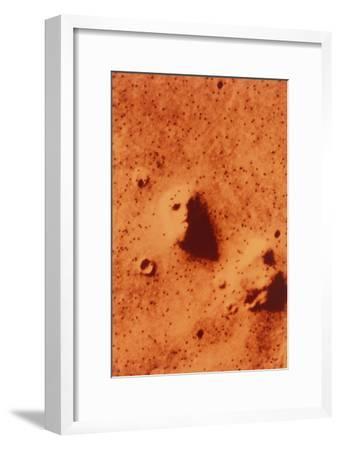 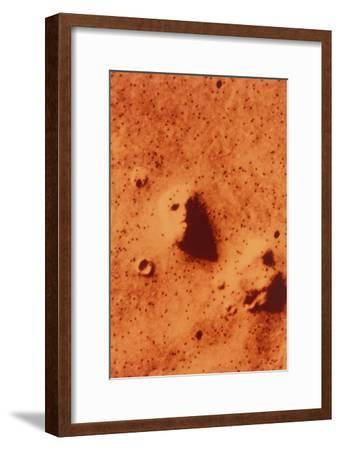 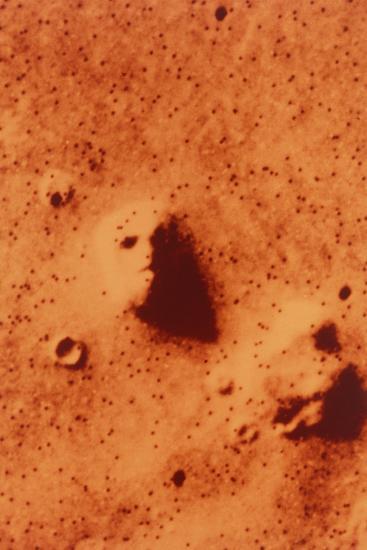 False-colour of Face on Mars

False-colour of Face on Mars. Viking 1 Orbiter photograph of surface features in the northern latitudes of the planet Mars. The photograph shows eroded mesa- like land formations. The huge rock formation resembling a human head is formed by shadows giving the illusion of eyes, nose & mouth. It is 1.5 kilometres (1 mile) across. The speckled appearance of the image is due to bit errors, which are exaggerated by the enlargement of the photograph. The picture was taken on 25 July 1976. 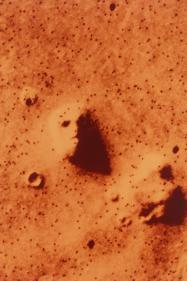