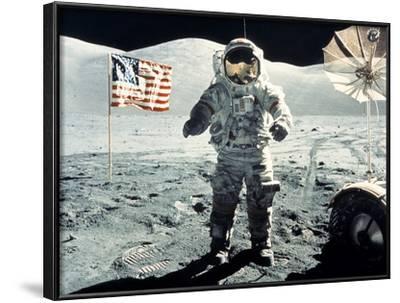 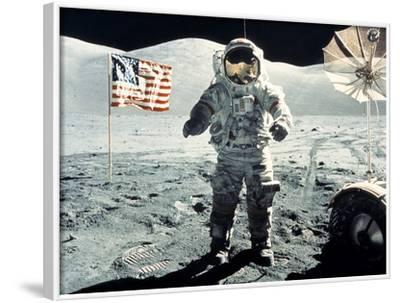 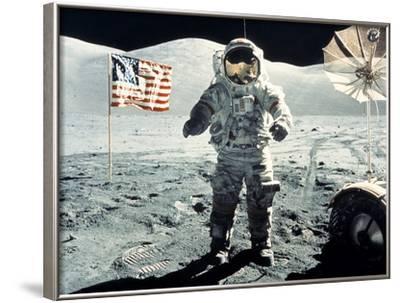 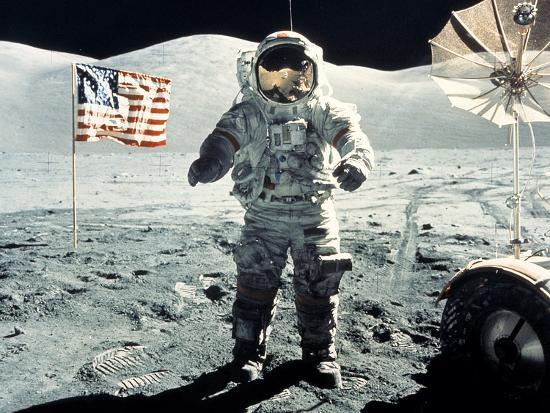 The last man on the Moon. Astronaut Eugene Cernan stands on the Moon during the Apollo 17 mission. At right is part of the Lunar Roving Vehicle (LRV), with its communications antenna. Apollo 17 arrived on the Moon in the Taurus-Littrow site at the southern edge of the Mare Serenitatis on 11 December 1972. Cernan and fellow astronaut Harrison Schmitt spent 72 hours on the Moon, performing three excursions in the LRV. This was the last Apollo Moon mission, and Cernan was the last human to stand on the surface of the Moon. Astronaut Ronald Evans remained in the orbiting Command Module. The astronauts returned safely to Earth on 19 December 1972. 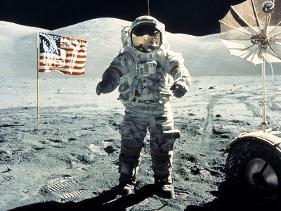