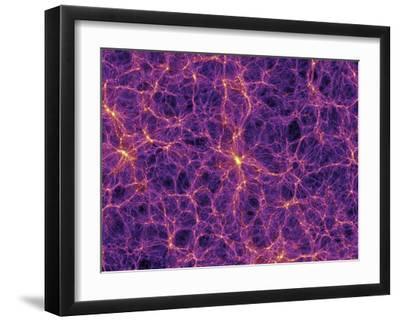 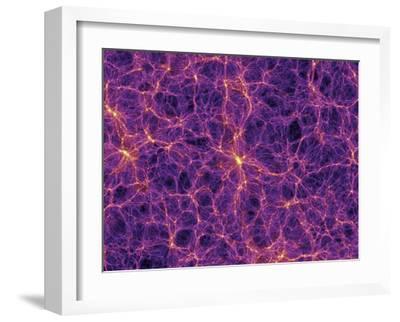 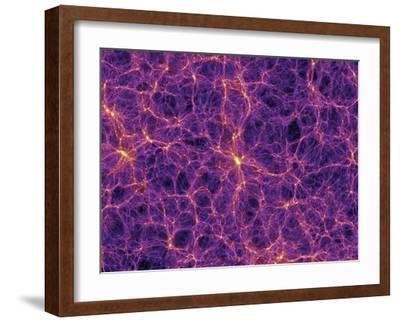 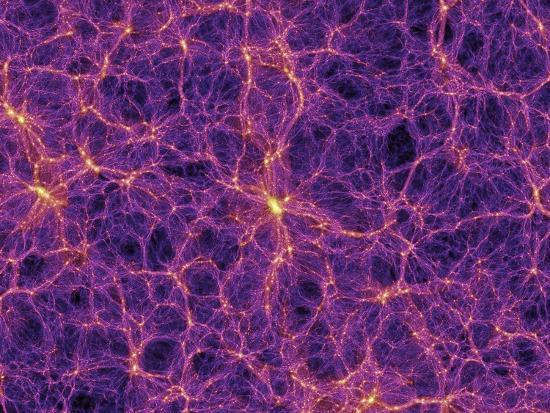 Dark matter distribution. Image 2 of 4. Supercomputer simulation, known as the Millennium Run, showing the distribution of dark matter in the local universe. The frame is 253 megaparsecs (824 million light years) in distance across. Dark matter is a form of matter that cannot be detected by telescopes as it emits no radiation. It is thought that cold dark matter first formed after the Big Bang. This matter then collapsed under its own weight to form vast halos (bright yellow) which sucked in normal matter to form visible matter, such as galaxies. This simulation was created in 2005 by the Virgo Consortium of international scientists using supercomputers at the Max Planck Society, Germany. For complete sequence, see images: R980209 R980212. 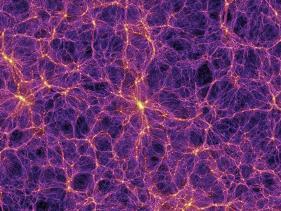 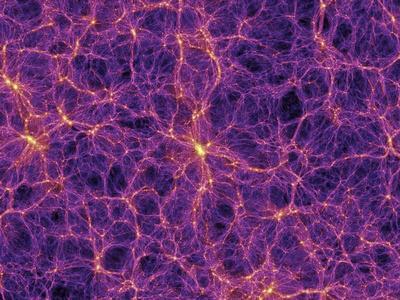 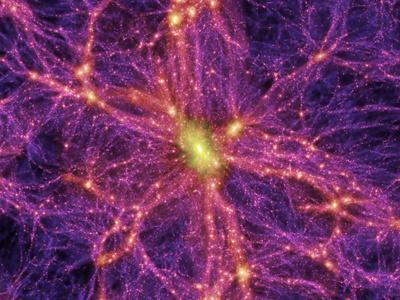 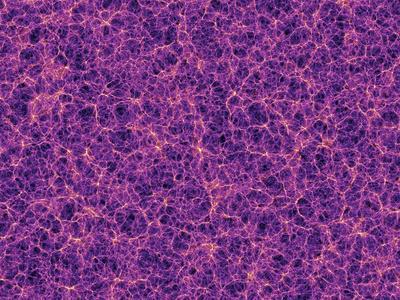