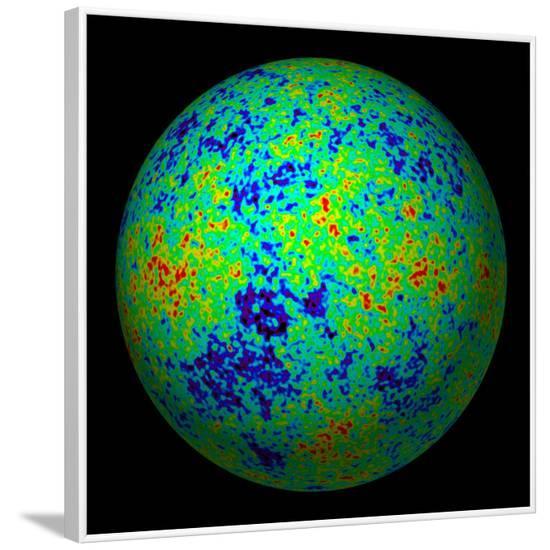 Cosmic microwave background. Spherical projection of the cosmic microwave background, using allsky data from the WMAP (Wilkinson Microwave Anisotropy Probe). Since it is a spherical projection, it only shows half the sky. The microwave background is radiation from the beginning of the universe (actually 380,000 years after its creation) that has been stretched (cooled to around 3 Kelvin) by the expansion of the universe. The colours show the variation in the temperature (then equivalent to density) of the early universe. Denser regions (red, yellow) formed the seeds of galaxies and other structures. Data obtained in 2003. 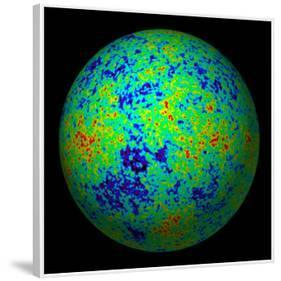