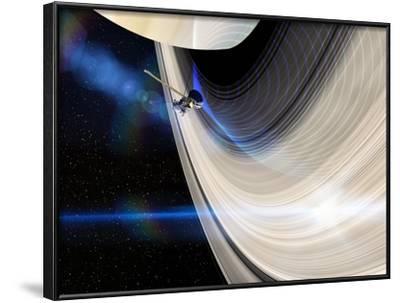 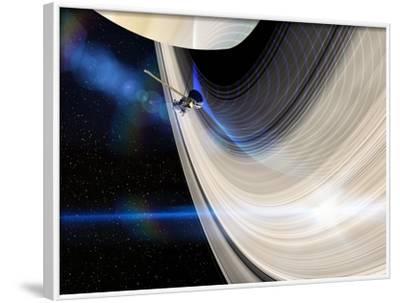 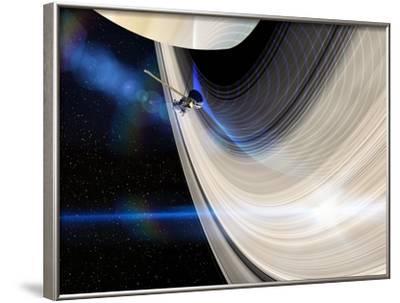 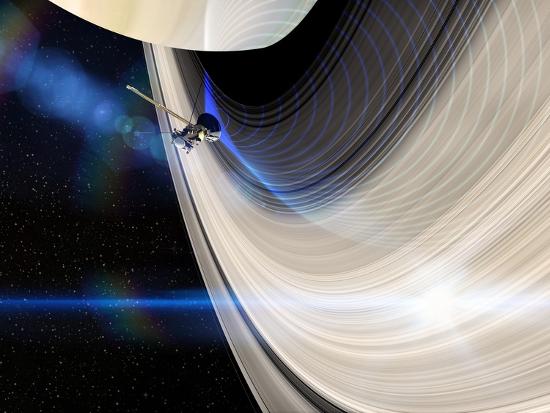 Cassini's Grand Finale at Saturn. Illustration of the Cassini spacecraft orbiting Saturn towards the end of its mission. The Cassini spacecraft has been surveying the Saturnian system since 2004, with its mission scheduled to end with a final dive to destruction into Saturn's atmosphere on 15 September 2017. A total of 22 polar orbits and dives between the planet and its inner rings, plus the final de-orbiting, are the concluding phase ('Grand Finale') of its mission.Ramon Andrade 3Dciencia/Science Photo Library 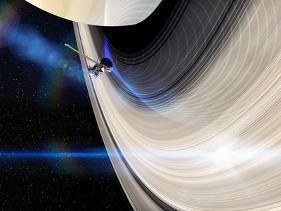