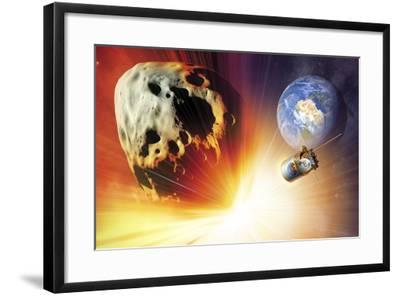 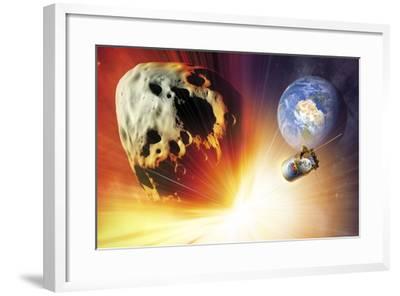 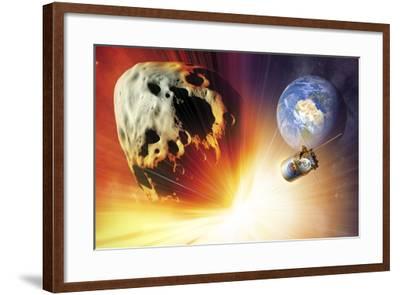 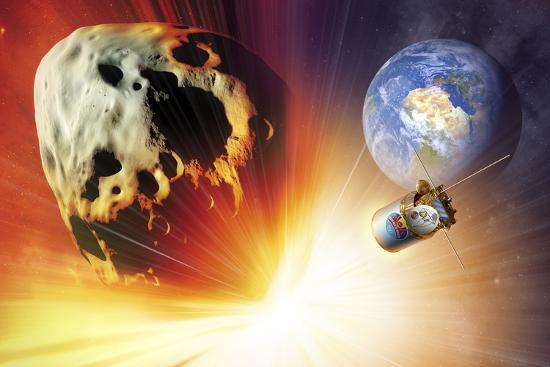 Asteroid deflection using nuclear explosion, illustration. This asteroid is an example of a near-Earth object (NEO), an astronomical object whose orbit intersects with that of the Earth. Asteroids are rocky bodies orbiting within the solar system. They vary in size from tens of metres across to more than a hundred kilometres across. Large asteroids (over a kilometre across) impacting the Earth can cause mass loss of life. It is thought that this is what caused the extinction of the dinosaurs 65 million years ago. This asteroid is being deflected by the force of a nuclear explosion detonated nearby.Detlev Van Ravenswaay/Science Photo Library 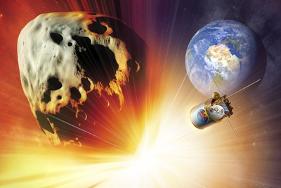