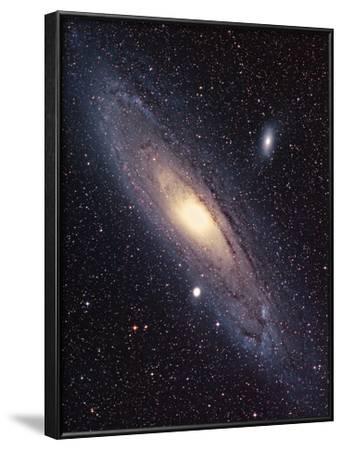 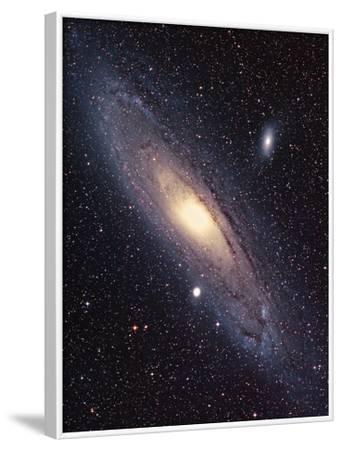 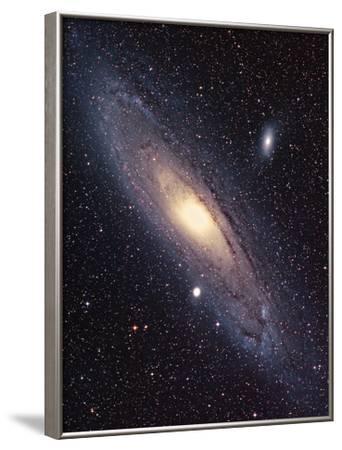 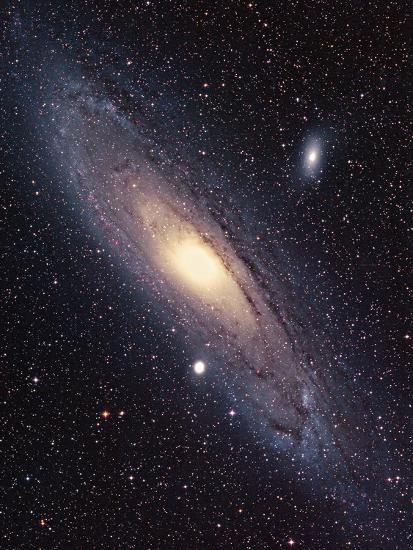 Andromeda galaxy. Optical image of the Andromeda spiral galaxy (M31). North is at top. This is the nearest major galaxy to our own Milky Way, lying around 2.3 million light years away in the constellation Andromeda. It is the largest galaxy in our Local Group, being around 180,000 light years in diameter, compared to the Milky Ways 120,000 light years. Its spiral arms are blue as they contain young blue stars, while the nucleus mainly contains older, yellower stars. M31 has two satellite galaxies: NGC 205 (above and right of M31s nucleus) and M32 (below M31s nucleus). 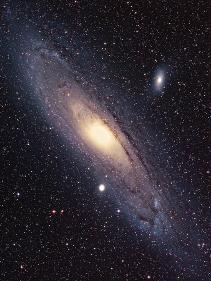 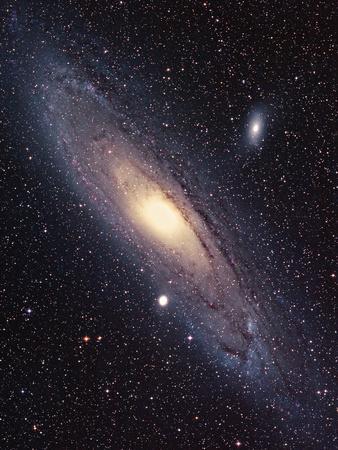 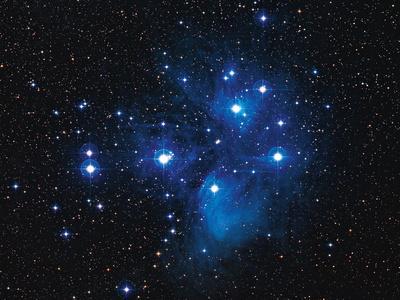 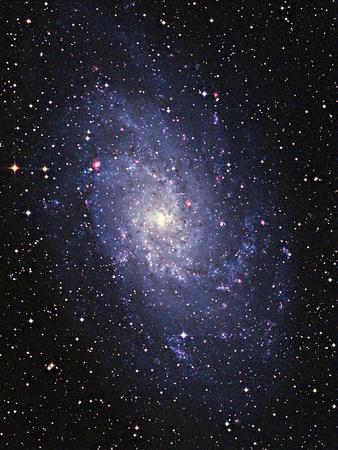 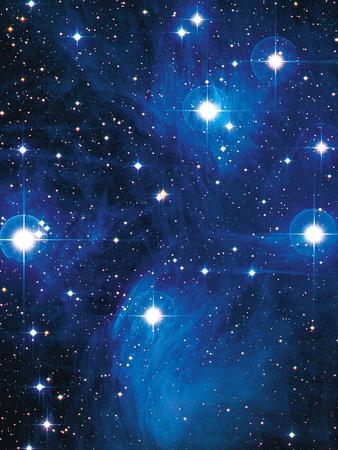